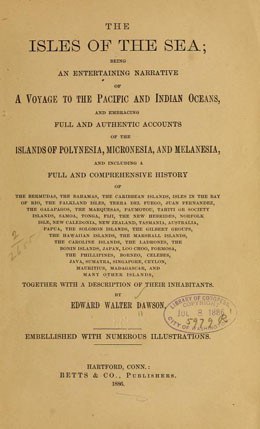 The isles of the sea, being an entertaining narrative of a voyage to the Pacific and Indian oceans (1886)